ABOUT YOUR MOTHER Selected for "Best of PlayGround LA" 2015 Gala

April 08, 2015
ABOUT YOUR MOTHER, originally performed as part of PlayGround LA's Monday Night PlayGround, was selected to be a part of their 3rd Annual "Best of PlayGround LA" Gala. Read the Press Release HERE. 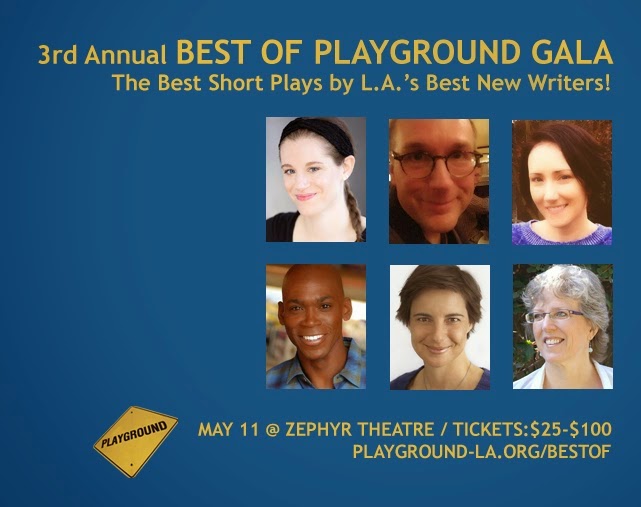 About Your Mother by Tiffany Cascio,
directed by Jim Kleinmann

'Til It's Over by Jennie Webb,
directed by Alexandra Media

All six plays are published in the "BEST OF PLAYGROUND LA 2015 ANTHOLOGY," available for sale HERE. 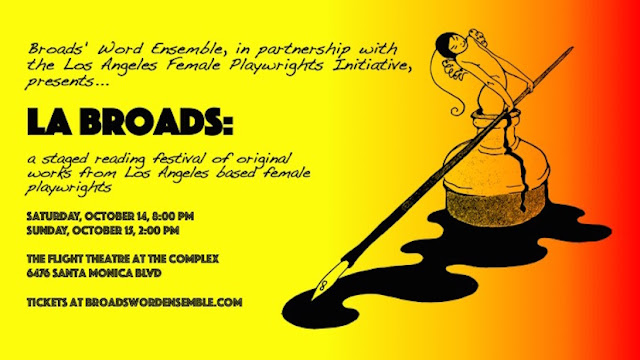 I'm thrilled to have TWO of my plays in this festival of shorts all written and directed by women! Check out staged readings of ABOUT YOUR MOTHER and POPCAST October 14th & 15th... Tickets on sale now at   broadswordensemble.com POPCAST   a tale of love, loss, and a podcast gone terribly wrong     DIRECTOR: Gloria Iseli  CAST: Dana DeRuyck, Tara Donovan, Marti Hale ABOUT YOUR MOTHER family secrets and the mess they make when spilled    DIRECTOR: Rachel Manheimer CAST: Faith Kerns, Sylvia Loehndorf, Michael Merritt
Read more 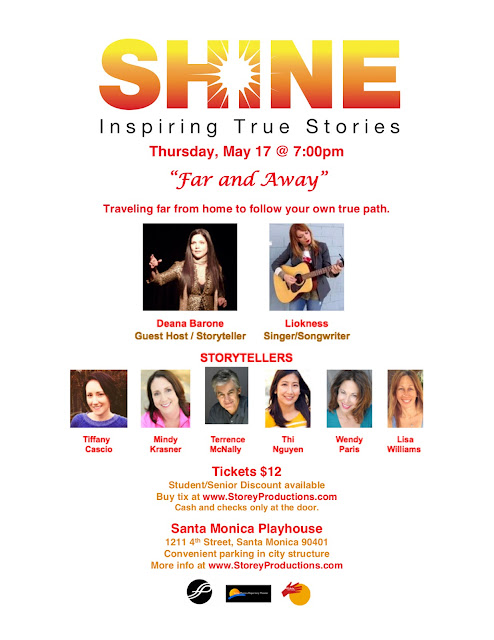 I’m absolutely thrilled to perform in my very first storytelling show with SHINE! The theme is “Far and Away” and I’ll be telling the story of my trip to Russia.  Last March I went to St. Petersburg to film a segment for History’s “Project Impossible” and it was THE HARDEST THING I’VE EVER DONE, but it was also the most rewarding. Come out to hear the insanity of my three days filming nuclear icebreaker construction on a shipyard where no other American had ever set foot… until yours truly.
Read more

March 15, 2018
PROJECT IMPOSSIBLE Produced by  Radiant Features  for History  Epic engineering projects, previously impossible. #ProjectImpossible starts tonight at 10pm. pic.twitter.com/azrrwRdWGm — HISTORY UK (@HISTORYUK) March 5, 2018 I'm so excited to announce that PROJECT IMPOSSIBLE is on the air! It's available in a few countries so far and will air on HISTORY in the U.S. in a couple months. I could not be more proud of this series. I traveled around the world, shooting in ridiculous weather at terrifying heights in locations with the highest levels of security imaginable to capture the most exciting engineering projects on the planet. Who gets to say that?! I feel so lucky to have been a part of this, one of the many people who poured themselves into these impossible segments and figured out how we were actually going to pull them off from prep to post. It was heartbreaking to wrap this season but I'm so grateful for the new friendships and the AMAZING stories I'
Read more